A lot of startups were built to help people make all-cash offers on homes with the purpose of gaining an edge against other buyers, especially in ultra-competitive markets.

Accepti.inc is a Denver-based company that is attempting to create a new category in real estate technology. To help scale its digital mortgage lending platform, the company announced today that it has secured $90 million in debt and equity – with $78 million in debt and $12 million in equity. SignalFire led the equity portion of its financing, which also included participation from existing seed investors Y Combinator and DN Capital.

Accept.inc describes itself as an iLender, or a “technology-enabled lender” that gives people a way to submit all-cash offers on a home upon qualifying for a mortgage.

Using its platform, a buyer gets qualified first and then can start looking for homes that fall at or under the amount he or she is approved for. They can purchase a more expensive home, but any amount above what they are approved for would have to come out of pocket. Historically, most buyers don’t know that they will have to pay out of pocket until they’ve made an offer on a specific home and an appraisal comes under the amount of the price they are paying for a home. In those cases, the buyer has to cough up the difference out of pocket. With Accept.inc., its execs tout, buyers know upfront how much they are approved for and can spend on a new home “so there are no surprises later.”

SignalFire Founding Partner and CTO Ilya Kirnos describes Accept.inc as “the first and only iLender.”

He points out that since it is a lender, Accept.inc doesn’t make its money by charging buyers fees like some others in the all-cash offer space.

“Unlike ‘iBuyers’ or ‘alternative iBuyers,’ Accept.inc fronts the cash to buy a house and then makes money off mortgage origination and title, meaning sellers, homebuyers and their agents pay no additional cost for the service,” he told TechCrunch.

IBuyers instead buy homes from sellers who signed up online, make a profit by often fixing up and selling those homes and then helping people purchase a different home with all cash. They also make money by charging transaction fees. A slew of companies operate in the space including established players such as Opendoor and Zillow and newer players such as Homelight. 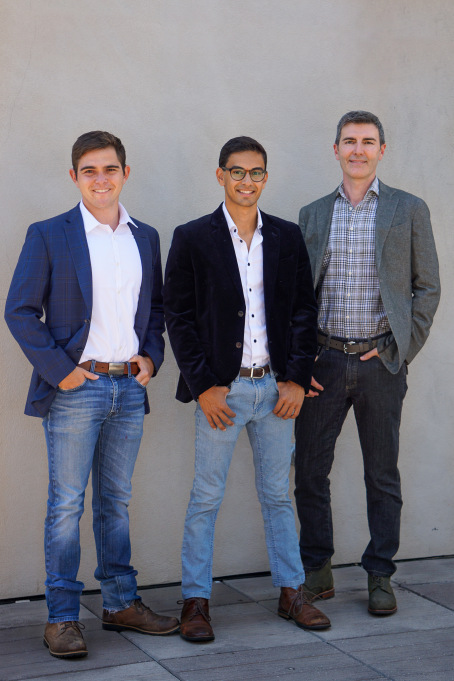 Since its 2016 inception, Accept.inc says it has helped thousands of buyers, agents and sellers close on “hundreds of millions of dollars” in homes. The company saw ”14x” growth in 2020 and from June 2020 to June 2021, it achieved “10x” growth in terms of the size of its team and number of transactions and revenue, according to CEO and co-founder Adam Pollack. Accept.inc wants to use its new capital to build on that momentum and meet demand.

Pollack and Nick Friedman met while in college and started building Accept.inc with the goal of “turning every offer into a cash offer.” The pair essentially “failed for two years,” half-jokes Pollack.

“We basically became an encyclopedia of 1,000 ways the idea of helping people make all-cash offers wouldn’t work,” he said.

The team went through Y Combinator in the winter of 2019 and that’s when they created the iLender concept. In the iLender model, the company uses its cash to buy a house for buyers. Once the loan with Accept.inc is ready to close, the company sells back the house to the buyer “at no additional cost or fees.”

“Basically what we learned through those two years is that you have to vertically integrate all of your core competencies, and you can’t rely on third parties to own or manage your special sauce for you,” Pollack told TechCrunch. “We also realized that if you’re going to build a cash offer for anyone who could afford a mortgage, you’ve got to make it a full bona fide cash offer that closes in three days as opposed to a better version of what existed. And you have to own that, and take the risk that comes with it and be comfortable with that.”

The benefits of their model, the pair say, is that buyers get to be cash buyers, sellers can close in as little as 72 hours, and agents “get a guaranteed commission check.”

“Our mission is that everyone should have an equal chance at homeownership,” Friedman said. “We not only want to level the playing field, we want to create a new standard.”

Buyers using Accept.inc win 6-7 times more frequently, the company claims. With its new capital, It also plans to double its team to 90 and enter new markets outside of its home base of Denver.

SignalFire Partner Chris Scoggins believes that Accept.inc is different from other lenders in that its focus is on “winning the home, not just servicing the loan, with a business model that’s 10x more capital-efficient than other players in the market.

“The team is driven…to level the playing field for homebuyers who today lose out against all-cash offers from home-flippers and wealthy individuals,” he added. “We see an enormous opportunity for Accept.inc to become the backbone of the future of mortgage lending.”