Artificial intelligence is a powerful tool, but it’s not a magic wand. Applying the technology requires thought and dedication, especially with legacy industries like law and insurance, which are being taken on in this way by Luminance and Omnius respectively. The companies’ founders, Emily Foges and Sofie Quidenus-Wahlforss, spoke with great insight on this on stage at Disrupt Berlin.

Luminance uses AI and natural language processing to help law firms process documents more quickly, not replacing the lawyer but providing additional intelligence and analysis of what may be hundreds or thousands of pages and saving time and money. Omnius applies AI not just to the text of insurance claims, but to the process of handling them, ensuring rapidity not only in documentation but in results like payouts.

Omnius has raised about $30 million in multiple small rounds and grants, while Luminance has raised some $23M mainly in its A and B rounds.

I’ve edited and contextualized our conversation here, but you can also watch the full panel below. I’ve made some slight changes for readability but left things mostly intact. Pull quotes belonging to Emily are on the left, Sofie’s are on the right.

The first thing I wanted to hear from the founders was why they chose these industries, and why now? After all, law and insurance are notoriously old-fashioned, some would even say backwards in many ways. How could they be sure this was an opportunity, and not a folly?

Emily Foges (Luminance): It had more to do with the capabilities of the technology, actually. We started with technology that can read a lot of language, and then we looked at what industry would benefit most from that. It was that way around.

I think the timing is 80 percent of the battle; The fact that the legal profession had got to a point of being ready to accept the use of that kind of technology was more luck than anything. But there’s been such an explosion in enterprise data that lawyers just can’t possibly cope with reading and all of the documentation that they need to — so the market was ready. 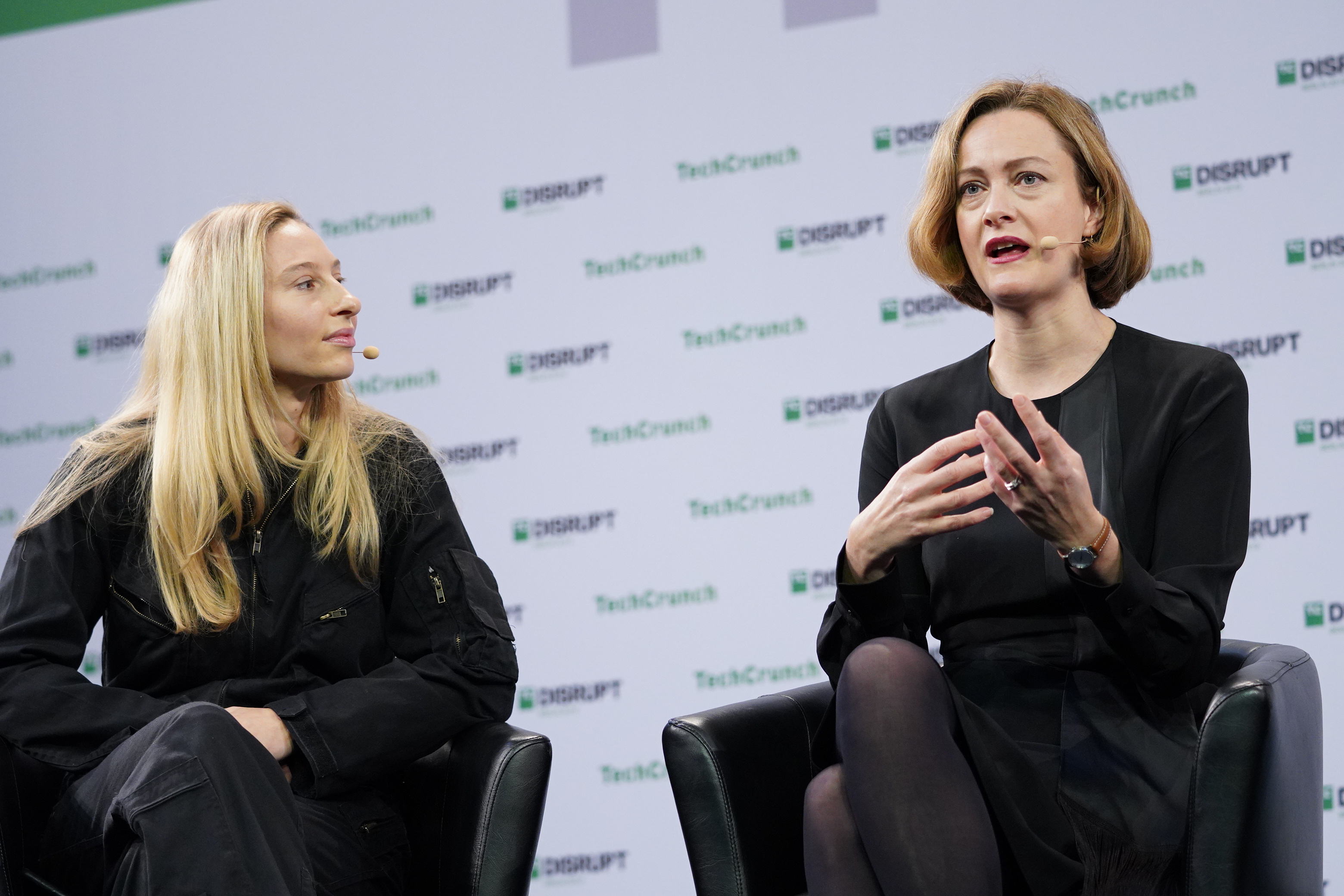 Sofie Quidenus-Wahlforss (Omnius): I think we come from a very similar background. We started on a horizontal level, with deep document understanding, and at some point we understood, if you really want to ship business value, you need to dive into one vertical.

We have different verticals to choose: manufacturing, legal, pharma… so then we were like, okay, which area is the biggest that is not transformed yet? And do we see decision makers aware of the of the need to do something? And do they have money?

The insuretech world is of course making a lot of pressure, all the new insurance companies like Lemonade, WeFox, Coya, because they claim to settle a claim in minutes. So the big guys like Alliance, they got nervous. And on the other hand you see, on the technology side, improvements in the areas of computing power, way more access to data, more flexible models. So we thought, the industry is ready, the technology’s ready, I was ready to build a big company. It’s my fourth company and I was like, this time I’ll build something huge. So everything fell into place.

They don’t call them legacy industries for nothing, though. These domains, and some companies, that have existed for decades or even a century or more. That means legacy systems and legacy people, to put it kindly, that may not be amenable to change. Emily had some surprising stats on that, while Sofie advocated an AI-like approach to classifying and selecting clients.

Emily: Some of them are more ready than others, and I think the ones who aren’t ready need to really catch up, because we got to critical mass really quickly. We’re only three and a half years old, but we’ve got 185 law firms around the world signed up. The interesting thing was the most ready people were the law firms outside of the UK, outside of the US. It was European law firms, APAC-based law firms, South and Central American law firms who got on board first. They were more ready because to be honest, the commercial pressure was greater. And then the pressure on the US and UK law firms came from them.

This is something I can really recommend for every startup trying to transform an industry from scratch: classifying your customers. We had 16-17 criteria, how we defined the companies we really want to spend time with.

Sofie: We thought, cool, the transformation is happening already. But after a while, 2018, we were like, okay, this market is not moving as fast as we thought . We looked at our proof of concept, our pilots we did with insurance companies and were like, wow, every big insurance company in Europe wants to have an AI pilot project but who’s really ready to start with AI full production?

And this is something I can really recommend for every startup trying to transform an industry from scratch: classifying your customers. Who is a laggard, who is an early adopter, who is early mainstream, is an innovator? Then we decided together with the board, okay, we’ll only focus on innovators and early adopters, and the rest should wait, or we can both wait for each other — but we cannot waste our time.