I see far more research articles than I could possibly write up. This column collects the most interesting of those papers and advances, along with notes on why they may prove important in the world of tech and startups.

In this edition: a new type of laser emitter that uses metamaterials, robot-trained dogs, a breakthrough in neurological research that may advance prosthetic vision and other cutting-edge technology.

We think of lasers as going “straight” because that’s simpler than understanding their nature as groups of like-minded photons. But there are more exotic qualities for lasers beyond wavelengths and intensity, ones scientists have been trying to exploit for years. One such quality is… well, there are a couple names for it: Chirality, vorticality, spirality and so on — the quality of a beam having a corkscrew motion to it. Applying this quality effectively could improve optical data throughput speeds by an order of magnitude. 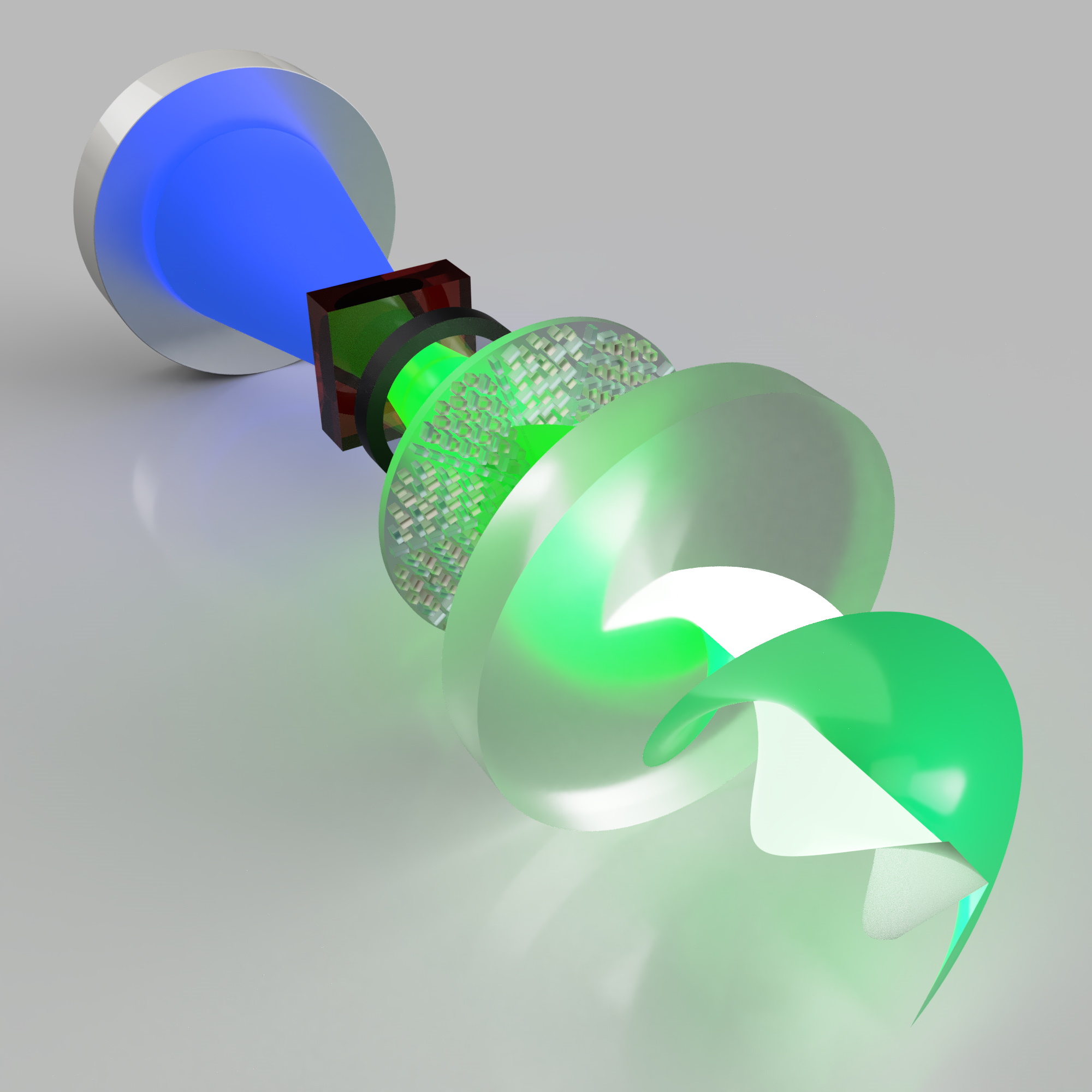 The trouble with such “twisted light” is that it’s very difficult to control and detect. Researchers have been making progress on this for a couple of years, but the last couple weeks brought some new advances.

First, from the University of the Witwatersrand, is a laser emitter that can produce twisted light of record purity and angular momentum — a measure of just how twisted it is. It’s also compact and uses metamaterials — always a plus.

The second is a pair of matched (and very multi-institutional) experiments that yielded both a transmitter that can send vortex lasers and, crucially, a receiver that can detect and classify them. It’s remarkably hard to determine the orbital angular momentum of an incoming photon, and hardware to do so is clumsy. The new detector is chip-scale and together they can use five pre-set vortex modes, potentially increasing the width of a laser-based data channel by a corresponding factor. Vorticality is definitely on the roadmap for next-generation network infrastructure, so you can expect startups in this space soon as universities spin out these projects.

Tracing letters on the brain-palm