Koko Networks, a Kenya-based bio-fuel technology enterprise, has extended its business to cover other fast-moving consumer goods through a new tech platform that will capitalize on its established distribution networks in low-income neighborhoods.

Koko Club, its new business line, is selling the products directly to consumers through the dukas (small shops) that currently serve as the company’s agents for its bio-ethanol cooking fuel and stoves.

The Koko Club products, displayed in designated spaces within the agents’ small shops, will only be sold to registered Koko Club members.

The shop owners (agents) are using Koko’s PoS system to sign up customers, capturing their biodata, and issuing them with an electronic card that they will use when buying products from any Koko Club shop.

The customer cards are linked to an e-wallet, similar to the one currently used to purchase Koko’s bio-fuel, and which can be topped up via mobile money and other technologies.

Koko Club is sourcing products directly from manufacturers and manage the inventory through a real-time management system that prevents stockouts, in addition to providing accurate market analytics.

With 35 SKUs under its portfolio, initially, Koko Club is keeping the prices of its products competitive by shortening the supply chains from manufacturer to consumers.

“We are targeting low-income households by bringing them the benefits of better products, lower prices and convenience. This is in addition to making sure that we have the right assortment of products all the time,” Koko Networks co-founder and chief innovation officer Sagun Saxena told TechCrunch. Greg Murray is the startup’s other co-founder and CEO. 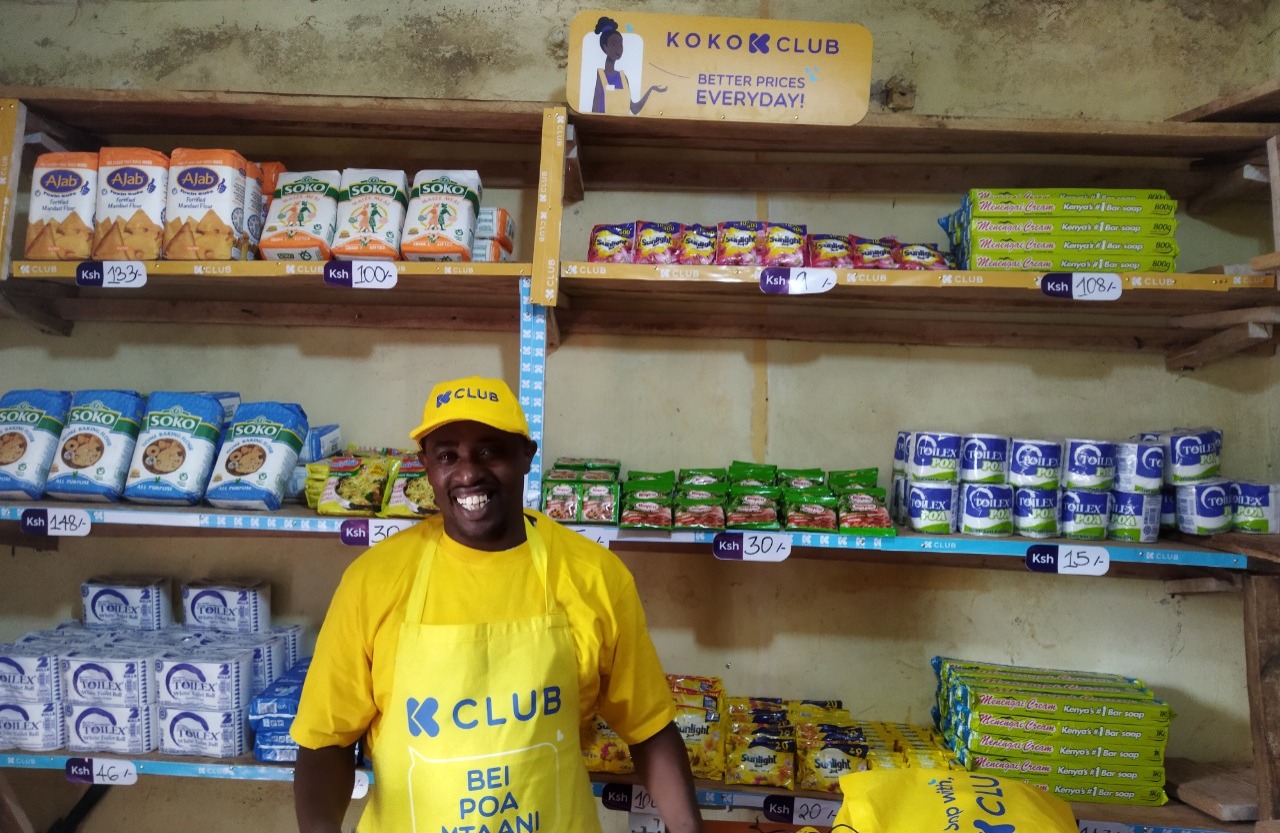 Micro-retail outlets, which account for 80% of Sub-Saharan Africa’s household retail trade, are important for supplying consumers with groceries and other household items.

These informal retailers are usually located within walking distance, making them convenient to shoppers, with the added advantage of extending credit lines to loyal buyers.

The contributions of these informal merchants to economies, therefore, cannot be ignored, as they account for the vast majority of trade in the retail sector across the continent.

These shops, however, continually suffer challenges, like stockouts, variability in earnings and inadequate financing, making it hard for them to grow.

These are some of the gaps that Koko Club is planning to bridge, especially on the issue of stockouts — seeing that the agents do not require capital to restock.

Modernizing informal trade is regarded as one of the strategies for unlocking credit and the potential of these small micro-retail outlets, as well as improving the lives of small business owners. Saxena said Koko Club’s business model gives manufacturers direct access to this market segment.

“Many of these manufacturers have armies of people that go into the neighborhoods to make sure that their products are being positioned properly and that these shops are styled. They even need to have people out there to figure out what prices the retailers are selling at,” he said.

“So, we take care of so much of that for them; we can tell them right now, exactly how many of their products are there and their price tags, and all that kind of information.”

The Koko Club idea was conceived mid 2020 but it wasn’t until the beginning of this year that the startup moved forward with its launch, riding on the success of its bioethanol fuel business, which was unveiled in 2019 as a cleaner, cheaper and safer alternative to charcoal and fuelwood.

Currently, there are over 300,000 households using Koko’s bioethanol fuel and stove (made in Koko’s plant in India), up from about 100,000 in March this year. These households are served by the more than 1,000 agents, who will now double up as Koko Club agents.

The Koko fuel business has in just over two years grown beyond Kenya’s capital Nairobi following a recent launch in the coastal city of Mombasa, with plans to enter Nakuru and Kisumu in the first half of 2022.